You are here: Home / Ecology / 4000 trees planted at Plackovica (The Treebanksers)

From the beginnings of Treebanks our goal is to reach as much people as possible in order to make the platform sustainable to plant 100k trees yearly. Our thoughts aligned to creating a big planting action in order to validate Treebanks as serious company that plants trees. This idea pivoted multiple times and it reached its final state “Treebanks will plant a tree for each newsletter subscription”, we had budget from some awards we won and the t-shirt sales to plant 10k trees. 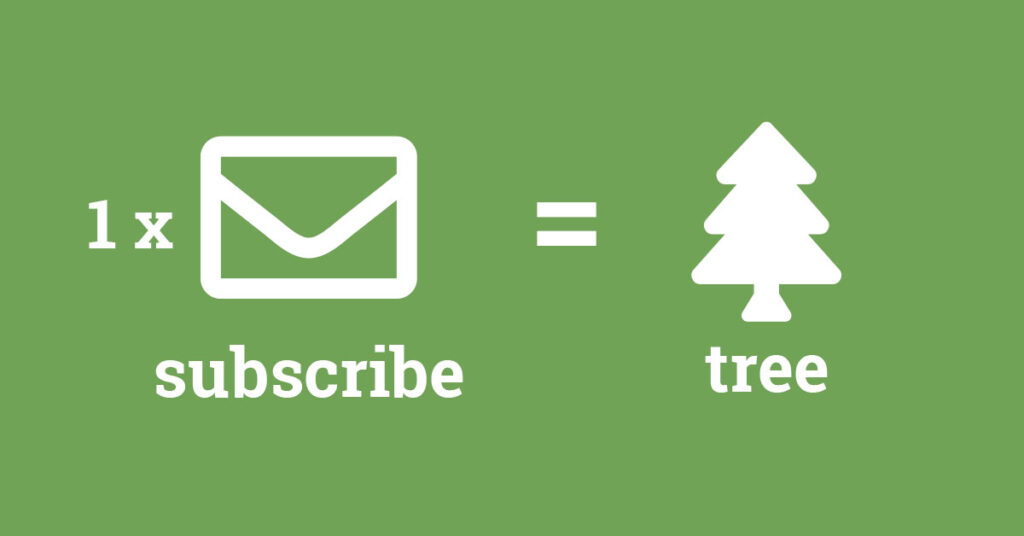 The idea is to rise the awareness about Treebanks, get in touch with people that want to contribute to better environment and later keep them engaged through our newsletter. If you have not subscribed to our newsletter now is a good chance you do, we still have not planted all the trees, so we will plant one for you. Here is the link.

We are putting this section at the beginning so everyone will read it as we were not able to achieve this alone. Special thanks to:

The initial meetings about this planting started at the end of 2019 and continued till the end of October 2020. There were times when we thought that it will not it see its daylight, but at some point we decided that we are doing this no matter what. On the last meeting with JP “Makedonski Sumi” – Plackovica we finalized the locations and after a while they did the furrows on Treebanks – Location 1, Treebanks – Location 2. 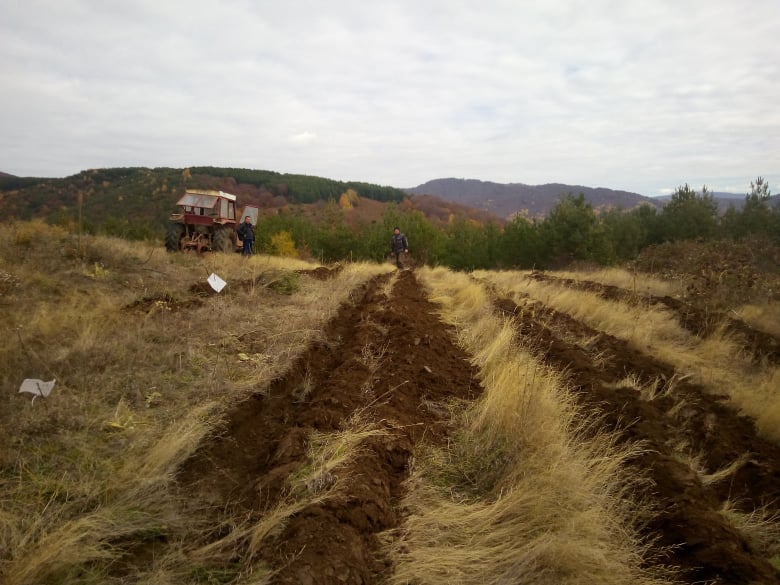 On 21st and 22nd of November the Treebanks team and some volunteers started drilling the holes, we managed to drill 4000 holes in one weekend. The planting was planned for the last weekend of November. In order everything to run smooth we divided the work in three teams: Seedlings diggers, Planters and Drillers.

Planting day one (The Treebanksers)

We arrived at the mountain around 7:30 in the morning. The seedling diggers (Mitko Stevcev – Treebanks team, Andon Kochev and Dobrin Kazandziev) immediately started digging out seedlings in order to have front for work prepared for the volunteers that were about to arrive. In the meantime me (Mihail – Treebanks team) and Petar Efnushev we added signs on each of the locations for planting and we moved the drilling equipment on sight. You are probably already sensing that we were the Drillers team :).

In order to coordinate everything smoothly we set a checkpoint in the middle of the two locations we were planting. Red Cross – Radovish happily accepted our request to manage the checkpoint. Official thanks to the director of Red Cross Radovish, Verica Bekarova. The Red Cross team arrived around 9:30, they setup their stand, we transferred the prepared refreshments for the volunteers and we were ready to roll.

The flow was as following. Meet at checkpoint. You are given small water bottle (later to be refilled), gloves for working. offered a snack (sandwich for now or later) or hot tea or hot rakija. And then your are sent to the location according to which team you belong to (Planters, Drillers or Diggers). Shortly after the checkpoint was setup, the first volunteers arrived. Biljana and her friends came from Skopje in order to help us planting.

Neven (Treebanks team) was responsible for organizing the Planting team. He greeted everyone at Treebanks Location 1. Give them short tutorial for planting trees and guide them where they start to work. As the time went by more volunteers arrived. Treebanks Location 1 was finished around 13:00. In the meantime the Diggers team did not stop working, they were digging tree seedlings and transferring the tree seedlings like crazy. The made dozen of transfer rounds from the seedling nursery to the planting location, (this distance is around 5km).

At midday we started preparing the seedlings for Treebanks Location 2. The planters moved from Location 1 to Location 2 and we started planting there. Some more volunteers came also the girls from Red Cross joined. We made the final push and finished the planting before dusk.

The plan for Day Two was no different then Day One, we started early in the morning. The Diggers team was extended with two professional workers in order to yield more seedlings taken to the planting location. There were some volunteers that came earlier and we prepared the front for the planters, tree seedlings were put next to the holes for planting. Red Cross team already prepared their stand and the checkpoint was ready.

The special thing about the second day is that it was filled with children chatter. Most of the volunteers were families with their children. Hence, we call this day “Planting for the future”. We hope that from this planting a new generation of planting initiative makers will sprout. All in all this is how we planted 4000 trees. Yes we promised 10 000, we will plant 6000 more probably till the end of the year or early in the spring. We move the Trees planted counter to 5703 trees, and the To be planted counter to 6000 trees.

400 trees planted within a glance

6000 trees planted near Radovish with volunteers

We will plant a tree for each newsletter subscription. Our goal is to reach 10k trees. Leave your email and plant a tree!